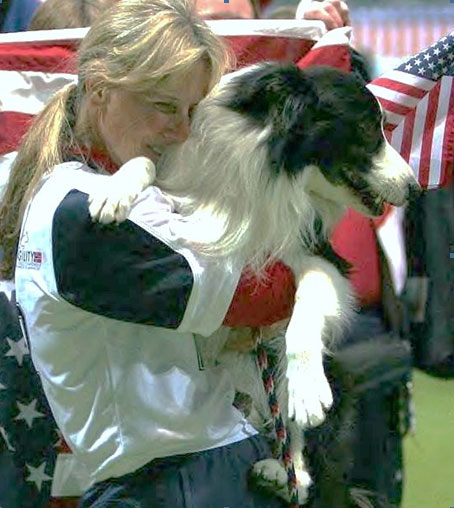 Linda Mecklenburg is internationally recognized as one of the leaders of the sport of dog agility. She has represented the USA in international competition on 12 occasions, competing 10 times at the FCI Agility World Championships and once at Crufts for the AKC, and twice at the World Cup for the USDAA. Linda has earned both gold and silver medals in the Team competition at the FCI Agility World Championships. In addition, she has placed in the top ten overall in the Individual competition on 3 occasions with two different dogs. Linda has been successful with multiple dogs in multiple competitive formats including the AKC Nationals, AKC World Team Tryouts, AKC Agility Invitational, USDAA World Championships, the USDAA National DAM Team Tournament and more.

Linda is recognized as one of the premier agility instructors in the United States. Her students have achieved top honors at the FCI and IFCS Agility World Championships and the AKC, USDAA, NADAC and ACA National Championships. With much national and international experience herself, Linda is in a unique position to offer guidance to those that wish to compete at highest levels. Regardless of whether one aspires to stand on the podium at the World Championships or just have a clean run, Linda helps each achieve their dreams and be the best they can be.

Involved in dog agility since 1990, Linda is considered one of the pioneers of the sport. Since the earliest days of dog agility, she has always been one of the leading innovators of training and handling techniques. She is always in search of ways to improve performance and raise the standard of excellence. Today Linda continues to be a driving force in the evolution sport of dog agility.

Highlights of Linda’s Accomplishments in Agility